Throughout his career, Minne refined the concept of his Fountain of the Kneeling. In this version from 1925, the sculptor perhaps distances himself furthest from the original concept. Striking is the tenderness with which Minne now approaches the subject and the feminine line that the sculptor accentuates more than before. The soft execution of line supports Minne's search for beauty and elegance. It is the strength of the sculptor's late work in which he strives for harmony and balance is the key word. At the same time, the elongated character of the first version has disappeared and Minne has now portrayed the human proportions and anatomy more faithfully. In this form, the figure of the kneeling man acquires a very classical appearance, with clear reminiscences of Renaissance marble sculpture. On the other hand, the design fits in perfectly with the elegant style of contemporary Art Deco. Minne, however, transcends the purely decorative aspect through the modesty that characterises the figure. A young man is depicted here, standing on the edge of life, becoming aware of his early sexuality but at the same time seeming to turn away from himself and the world. The texture of the marble and the ever-changing play of light on it in any case counter the theory that Minne's creative career stopped at the turn of the century. Kneeling Youth shows that the artist was constantly questioning his work and wanted to offer an answer to the developments in modern sculpture. Such an approach must have served as an example for Belgian contemporary sculptors such as Victor Rousseau and Marcel Wolfers and heralded the animistic sculpture of the 1930s.
You May Also Like 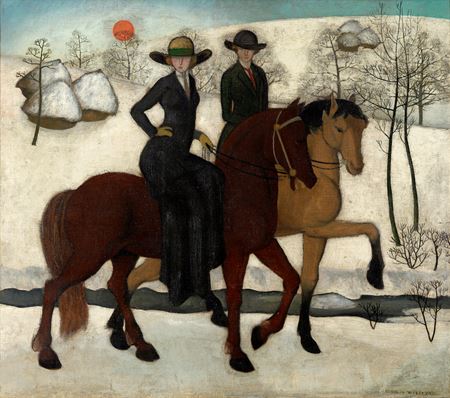 The man with the waterbag 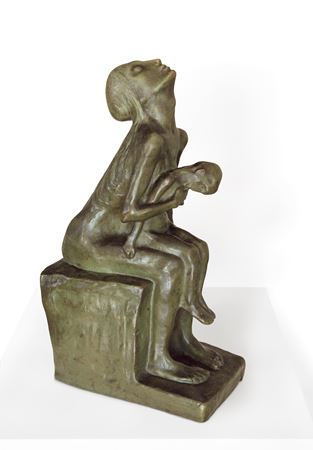