It is a strange twist of fate that the Patershol neighbourhood repeatedly played a decisive role in the development of painting in the region of the Leie. In the 1890s, it was the meeting place for the most important members of the so-called first Latem group: Minne, Van de Woestyne, De Saedeleer, de Praetere. In 1906, it appeared that history had repeated itself. In 1906-in the same neighbourhood-the foundations of the second group were laid: academy students Permeke, De Smet and Van den Berghe exchanged thoughts and worked on their future. Constant Permeke’s youth in Antwerp is insignificant. His world, however, would be thoroughly disrupted with his move to Ostend in 1891. His father, Henri-Louis, was named curator of the local Museum for the Fine Arts and-together with James Ensor-played an important role in the artistic life of the city. At the exhibitions that both organised in the city, Constant is confronted for the first time with modern art. He received his initial training at the Bruges academy, but it was only around 1906 in Ghent that his talent blossomed. Albert Servaes was a classmate at the Ghent academy, and Servaes would be of special significance to Permeke. Around this time, he also became friends with the brothers Gustave and Leon De Smet, Frits Van den Berghe and Paul-Gustave van Hecke, who quickly made a name for himself as critic. In the spring of 1909, he also moved to Sint-Martens-Latem, where he lived near his friend Gustave De Smet and reconnected with his friends van Hecke and Van den Berghe. Artistically the contact with Albert Servaes was of major importance. He indeed exhibited with the latter in 1913 at the Ghent Cercle Artistique et Littéraire. After his marriage, in 1912 Permeke returned to Ostend, where he was the neighbour of Leon Spilliaert. Permeke was severely wounded at the beginning of the First World War and was transferred to London. While recovering, he first lived in Stanton Saint-Bernard and later in Chardstock. Permeke returned to Belgium in the spring of 1919. While in the 1920s he was part of the circle around the Brussels galleriesSélection and Le Centaure, the artist nevertheless kept some distance. In contrast to his friends Gustave De Smet and Frits Van den Berghe, he was never under contract to these art shops. In 1929-1930, he moved into an atelier-residence in Jabbeke, De Vier Winden. His work also gradually received international acclaim. Thus the Amsterdam art shop Buffa organised personal exhibitions almost yearly from 1925 to 1945. Like his friends Gustave De Smet and Frits Van den Berghe, Permeke also made an impression at the 1927 exhibition of Belgian art in Grenoble; two years later, he made an impression with exhibitions in New York, Washington and Chicago. In the same year, his individual exhibitions at the Brussels galleries Le Centaure and Louis Manteau were well received internationally. The triumph followed in 1930 at the Brussels Palais Des Beaux-Arts, where he displayed no less than 600 works. From 1933 onward, he was a guest at the Palais almost yearly. Around 1930, Permeke met the French painter Maurice de Vlaminck. The Frenchman was a frequent guest in Jabbeke. The crisis years appear to have had little effect on Permeke. One prestigious exhibition followed the other, and international fame was his. He received financial support from Brussels patron Gustave van Geluwe. In 1935, the Belgian State even presented him with the title of baron, an honour he promptly refused. He spent the war years principally in Brussels; Jabbeke was located in the coastal zone where there was little freedom of movement. He resolutely refused to participate in exhibitions organised by the occupying forces. Consequently, in 1941 his exhibition in the Brueghel gallery was classified by the Germans asentartet. Remarkable in this regard was his commitment to the Brussels gallery Apollo, which ostentatiously went against the current. The high point came in 1947 when large retrospectives of his work could be seen in Amsterdam, Brussels, Prague and Paris. In the coming years, he also dominated the Belgian pavilion at the Venice and Sao Paulo biennales. Still in 1951, the Antwerp association Kunst van Heden honoured the artist by organising a large retrospective exhibition. Constant Permeke died on 4 January 1952 at the H. Hart Hospital in Ostend. The traumatic events at the beginning of the First World War had a major influence on Permeke’s wartime work. In a number of paintings, he even arrived at a form of abstract expressionism by including vivid, abstract colour smears in his composition, and by using the symbolism of representation. The crude use of paint, often applied with a palette knife, the almost abstract distribution of colours, and the expressive use of colour all reflect the terror of the war. 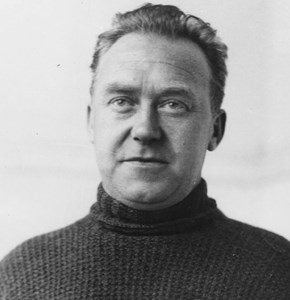 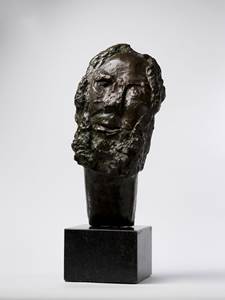