In his youth, Gustave Van de Woestyne studied at the Ghent Academy for the Fine Arts. Nevertheless, he was the brother of the painter Karel, who introduced him to the Ghent artistic and intellectual environment to which he had access. At the side of his brother, Van de Woestyne received an intellectual education that ushered him, already at a young age, into the world of literature, classical music and sculpture. Then in 1900, barely 19 years old, Van de Woestyne went to Sint-Martens-Latem in the company of his brother. The inexperienced academy student was confronted with the sophisticated intellectualism of George Minne. With Valerius De Saedeleer and Jules de Praetere, they formed the nucleus of the so-called first Latem group that was characterised by its symbolist aspirations. As young artist, Van de Woestyne was noticed quite quickly, and in the years before the First World War, he was able to participate in important international exhibitions in Amsterdam, The Hague and Venice. He was also a guest of the Brussels’ avant-garde group La Libre Esthétique. Van de Woestyne lived in Latem until 1909. At that moment, the so-called first-symbolist-group had disbanded. Nostalgia for the Latem years caused him to follow Valerius De Saedeleer to Tiegem, where he lived until 1913. Nearby, in Ingooigem, resided another friend, the writer Stijn Streuvels, for whom in 1909 he illustrated the rewriting of the medieval beast epic Reynard the Fox. In 1913, he visited Firenze with De Saedeleer. He fled, together with the De Saedeleer family, at the beginning of the war, and via Sint-Anna-ter-Muiden, Ostend and London ended the journey in Wales. He lived for some time in the seaside town of Aberystwyth. Afterwards he lived in Llandiloes, the village in which George Minne also spent his exile. Wales, however, was unable to seduce him; in 1915 and 1916, he regularly travelled to London. He finally moved to the British capital in 1917. These London connections brought with them relative well-being. Especially his contacts with the Dutch couple Jacob De Graaff-Bachiene were of decisive importance. This friendly relation and the success he enjoyed in Great Britain even caused him to doubt returning to Belgium at the end of the war. Back in Belgium, he spent a number of years at the Rozenhuis in Waregem. Modest Huys had also previously stayed in the house of the De Sutter family; after Van de Woestyne, Jules De Sutter took up residence there. He lived in Mechelen from 1925, where he was appointed as general manager of the Academy for the Fine Arts. In the same year he became a painting teacher at the National Higher Institute for the Fine Arts in Antwerp; from 1928 to 1931, he taught monumental painting at the Higher Institute for Decorative Art of Ter Kameren in Brussels. These official assignments, however, did not prevent Van de Woestyne from remaining a part of the avant-garde. Thus, in 1925 he was the guest of the Brussels modernistic gallery Le Centaure. In 1929, was he was the solo guest of the newly opened Brussels Centre for Fine Arts. In 1926, he also was part of the artistic circle Les 9 that included among others Gustave De Smet and Frits Van den Berghe. Ten years later, together with this group, he became a member of the high-profile circle Les Compagnons de l’Art.Internationally, he was also considered part of the avant-garde. Thus, he was a notable participant in the exhibition L’Art Belge in Grenoble in 1926. On the other hand, from 1928 Van de Woestyne enjoyed the patronage of the Brussels couple David and Alice van Buuren. Their visionary collection today constitutes the most important collection of Van de Woestyne’s work in the public domain, on display at the van Buuren Museum in Uccle. 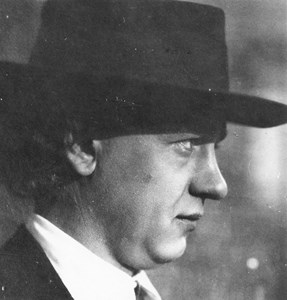