With the help of Peter Benoit, Emile Claus was able to study at the Antwerp Academy for the Fine Arts from 1869 to 1874. Claus came from a modest milieu with only limited appreciation for his artistic ambitions. Yet in a short period of time the young man would win a place in Antwerp’s art life. In 1874, barely finished with his studies, he submitted work for the triennial exhibition in Ghent; his entry was immediately accepted. While during the initial years he was chiefly active as portrait painter, he gradually built up a name as landscape painter. Especially after his orientalist journey to North Africa and Spain, and a sojourn in Domburg, he spoke the language of nature. In the meantime, he was extremely active in the Antwerp art world, together with his academy friends Frans Hens and Théodore Verstraete. At the exhibitions of the local Cercle Artistique et Littéraire they reacted against the conservative Antwerp art scene. The artist gradually made a name for himself at the major exhibitions in Belgium and abroad, from Brussels to Paris; around 1889, he was well known in France, Great Britain and Germany. Until his marriage in 1886, Claus kept a pied-à-terre in Antwerp. He demonstrated his creativity, however, especially in and around Astene, in the immediate surroundings of the country house he occupied from 1881. From this country house, which was later renamed Villa Zonneschijn, he had a panoramic view of the Leie and the forests around the castle of Ooidonk. The monumental paintings that he displayed at the Belgian and Paris exhibitions were created in Villa Zonneschijn. He enjoyed great success with these paintings, yet as artist he did not yet feel mature. He lived in Paris in the winters from 1889 to 1891, where he confronted modern painting head on. Plus, the leading novelist and art critic Camille Lemonnier introduced him to the Paris art milieu, and he made contact with artists residing in Paris such as Henri Duhem, Henri Le Sidaner, Frits Thaulow, Anders Zorn, et al. To his fellow local and friend Albijn Van den Abeele, he wrote from Paris: “Paris is certainly seductive and provides the painter with magnificent scenes: its teeming swarms of people on the streets and boulevards in the rain or in the sunshine, the Seine with its wide flow continuously transected by whistling steamboats, whose black, rusty vapour envelops the numerous bridges in a fog, the countless gigantic buildings. In short, all the churning life in this great world city is a treasure for him who makes of all of this his beloved creations.” From the moment that Claus opted for modernistic impressionism, he was taken note of by progressive circles in Belgium. From 1894, he was a fully-fledged member of the artists’ association La Libre Esthétique, which continued the tradition of Les XX in the Brussels Musée Moderne. He was immediately no longer associated with the academicism of Antwerp, to which he was still considered a part in 1889. Claus’ unexpected choice for impressionism disturbed his Belgian clientele greatly. He nevertheless persevered, and his impressionism quite quickly met with success; in 1892, the Ghent Museum for the Fine Arts purchased the painting De Ijsvogels, one of the earliest mature impressionistic works of Claus. The Belgian public would reluctantly follow. Around 1900, Claus was the undisputed leader of Belgian impressionism, crowned with a gold medal at the Paris Exposition Universelle. In Paris, he also had access to the progressive milieus; from 1895, the prominent Galerie Georges Petit was Claus’ representative in Paris. Claus had earlier taken up his place in the progressive Champs de Mars circle, the Paris exhibitions that had set themselves up against the official Paris exhibition. In 1904, Claus was also co-founder of the artists’ association Vie et Lumière that united the Belgian impressionists. Claus’ domestic and foreign successes followed one another, and on the eve of the First World War, he was a celebrated artist in Europe. At the beginning of the war, he fled to Great Britain. After a short stay in Wales, he returned to London where he would stay until the liberation. Claus also won approval in London, among others at the notable exhibition in the Goupil Gallery in 1917. 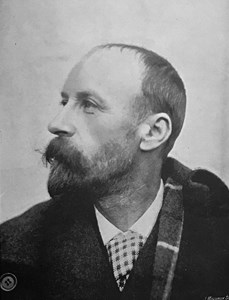 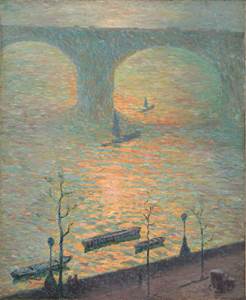 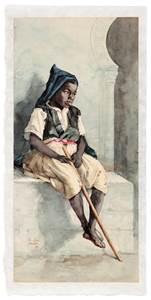