As son of a soap-boiler, De Saedeleer was born in the folk district De Kat in Aalst. His father tried with little success to engage him in the family business. Without consulting anyone, he registered at the Ghent Academy for the Fine Arts, where he met George Minne and Théo van Rysselberghe. Ultimately-barely twenty years old-he would escape the parental home and move to Brussels, where he frequented the atelier of Franz Courtens. De Saedeleer would work more than fifteen year under the supervision of Courtens. Of major importance was his marriage in 1889 to his childhood girlfriend from Aalst, Clementine Limpens. After wandering for some time together, ‘Clemmeke’ and ‘Valleke’ would settle in Sint-Martens-Latem. It was probably the far-sighted Albijn Van den Abeele who brought them to the village in 1893. However, turbulent Ghent beckoned, and together with Minne he steeped himself in socialism and anarchism. They returned to the village in 1898; Van den Abeele had found accommodations for them at the bend in the Leie in the centre of the village. The drifter stayed in the village for almost ten years. De Saedeleer in turn probably expedited Minne’s Latem sojourn. At that moment, he was barely able to make a living as painter. De Saedeleer unsuccessfully tried to survive as chicken farmer. Important was the psychological catharsis that De Saedeleer underwent in the village. Mentors such as George Minne and Karel van de Woestijne certainly played in a role in this. On the other hand, via his Latem friends he also discovered medieval art. The 1902 exhibition of Flemish Primitives was certainly the particular impetus for an artistic turnabout. ‘Valleke’ came to repentance in Latem. Perhaps thanks to Minne, he gradually received the opportunity to display his work in the international avant-garde circuit; the Berlin, Munich and Viennese Secession presented his work. The purifying influence of Latem notwithstanding, in 1908 his drifter’s blood again brought De Saedeleer to other places. The hilly country around Tiegem beckoned to him. He had his house, ‘Ten Berge’, built on the crest of a hill. He encountered his friends, the writers Stijn Streuvels and Hugo Verriest, in the immediate vicinity. De Saedeleer and his family spent the war years in Welsh Rhyd-y-felin. His wartime work was a modest success in Great Britain. In February 1916, he was even given the chance to organise an individual exhibition in Aberystwyth. Via Gustave Van de Woestyne, he came into contact with the Dutch couple De Graaff-Bachiene. The collectors-who owned works by Constant Permeke, Van de Woestyne and Minne-would also purchase paintings by De Saedeleer. Just before his return to Belgium, the Burlington Gallery organised an exhibition of his work in 1921. Back in Belgium, De Saedeleer settled in Etikhove, near Oudenaarde. His adult daughters put their British education to use and established an atelier for hand woven carpet in Oudenaarde. In the 1930s, De Saedeleer disappeared from the artistic scene. Withdrawn in the Flemish Ardennes, he would emerge again one more time. In 1940, the Dietrich Gallery in Brussels organised a retrospective of his work. Barely a year later, on 16 September 1941, De Saedeleer died in Leupegem. Thus, two leading figures of the first Sint-Martens-Latem group disappeared in the same year; George Minne died in February at theWitte huis in Sint-Martens-Latem. 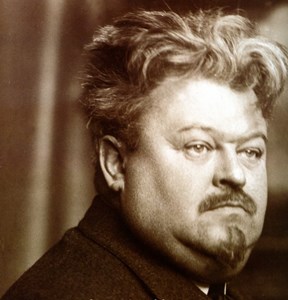