Born in Ghent, Gust. De Smet became familiar with the painting profession via the house-painting atelier of his father. His brother, the artist Leon De Smet, was born four years later. In the 1890s, Gustave was involved with the decoration of the exterior of the Spitzner museum, a famous fairground attraction of the time. Between 1889 and 1897, the young man was given the opportunity to attend school at the Academy for the Fine Arts of his native city. In contrast to Valerius De Saedeleer and George Minne, he was not a part of the anarchistic and socialist movement. In these early years, he worked to earn a living, a living provided by the bourgeoisie. He married Augusta van Hoorebeke on 19 February 1898; their son Firmin would later die in a train accident during the First World War. Around 1906, he became friends with Frits Van den Berghe and Constant Permeke in the Ghent working-class district of Patershol. These friendships would last for life. At the beginning of July 1908, he settled in Sint-Martens-Latem with wife and child. De Smet had worked in the region already in 1906, and he was undeniably lured to the village by his Ghent friends. Earlier the same year he had worked with Permeke in the harbour area of Ostend. He primarily spent his time in Sint-Martens-Latem; the young impressionist was a regular resident of the village until 1912. In August 1914, the De Smet family fled to the Netherlands, in the company of Frits Van den Berghe. The confrontation with modern art in Amsterdam quickly brought about his affiliation with the international avant-garde and specifically with expressionism. Together with Van den Berghe, he lived in Amsterdam and then in Blaricum. De Smet returned to Belgium only in 1922, where he lived for a time with Permeke. His following residences were in Bachte-Maria-Leerne and Afsnee. Especially Villa Malpertuis, the country house of Paul-Gustave van Hecke in Afsnee, met with his approval. In 1929-1930, he finally had a villa built on Pontstraat in Deurle, a house that he would be forced to sell in the crisis years. When his most important source of income, the Galerie Le Centaure, went bankrupt in 1932, 10 years of history were squandered in a few days time. The gallery’s collection was auctioned off without limit. With Hubert Malfait and Frits Van den Berghe, De Smet was among the worst affected. No less than one hundred and five top works by De Smet were auctioned for a trifle. In fact, the conservative press used the economic crisis and the bankruptcy of the modernistic galleries to announce the end of expressionism, the prevailing movement of the 1920s. In 1936, he settled in a simple house in Deurle, the present Gust. De Smet Municipal Museum. It was there that he died on 8 October 1943. 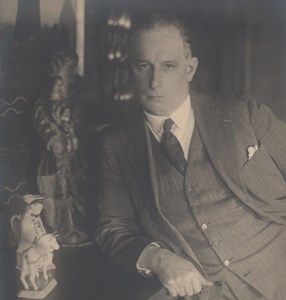 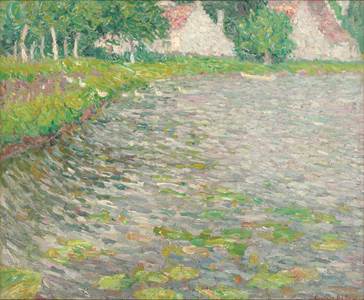 Bend of the river Lys in Laethem
Flemish farm 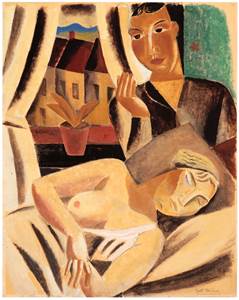