Born in Deinze, as a son of an ornamental painter, Saverys initially followed lessons at the Municipal Drawing School. With the sudden death of his father in 1902, responsibility for the family business rested on his young shoulders; the young man thus had little time to study. Daytime education was out of the question. Evening courses at the Ecole Nicaise in Ghent would have to help qualify him in the decorative arts; there he learned to paint marble and wood. He would remain fascinated by the applied arts throughout his career. As established artist, he advised for example the Courtrai atelier De Coene, for whom he designed among others folding screens in the style of Japonism and Art Nouveau. Of greater importance for the development of his artistic career were his years at the Ghent Academy for the Fine Arts from 1912 onward. He was present there in the latter days of Jean Delvin, professor and director of the institution, who had instructed numerous Latem protagonists. Fellow students included Albert Claeys and Evarist De Buck. In the meantime, he took part in exhibitions. He quickly garnered fame, first locally and from 1913, at national level. The organizer Société Royale des Beaux-Arts purchased work from him at the first important exhibition in which he participated, the Ghent World Fair. He was also noticed in the Ghent zaal Taets just before the war. Again in July, he was the guest of the Hôtel Royal at the Kouter in Ghent with among others Robert Aerens, De Buck and Claeys. He also immediately recognised the opportunity for an artists association. At its establishment in May 1914, Saverys became one of the first members of the Public Artists’ Association for East and West Flanders. The war interrupted his debut, as it had also hindered the development of others of Saverys’ generation such as Claeys and De Buck. The opportunities available to exhibit decreased. But several associations remained active at the local Ghent level, among others the above-mentioned Artists’ Association as well as the Kunst en Kennis circle, the alumni association of the Ghent academy. He received the opportunity in 1916 to bring together a larger collection when he-together with Anna De Weert and Achiel Vereecken-was able to fill the picture rails of the zaal Taets. One year later, he again exhibited in the Ghent gallery; this time he was required to share the spotlight with only the sculptor Leon Sarteel. The following step occurred in March of 1920 with his individual exhibition at Taets; the triumph came a year later with a notable exhibition in Brussels at Galerie Le Centaure, with Sélection at that moment the focus of the metropolitan avant-garde. The exhibition was a great success; at its end, the gallery was able with pride to post “sold out!” In a short space of time, Saverys quickly found himself at the top of the Belgian art world. One individual exhibition followed the other. He was also noticed internationally; between the two world wars, he was the guest of the Venice Biennale no less than six times. From this point on, he was present at almost all retrospectives of Belgian art that would be organised abroad in the coming years. He was also repeatedly invited to the prestigious annual exhibitions of the Carnegie Institute in Pittsburgh. This success allowed him to have a spacious residence-with painter’s atelier- built in 1922-1923 on Gentsesteenweg, between Deinze and Petegem. Saverys christened his house Ter Kauwkeshoek. As architect he called upon August De Smet, who had earlier designed Servaes’ Torenhuis in Sint-Martens-Latem and afterwards also built Gustave De Smet’s house in Deurle. In the meantime, Saverys remained on the scene in Brussels. During the interwar period, the famousGalerie Georges Giroux would engage him for numerous exhibitions. By the end of the 1920s, the artist had become a society figure, whose connections extended to the Belgian royal family. The crisis years appear to have passed over the artist. His exhibitions in Giroux remained a society event. And in 1937 he received an individual exhibition at the art house par excellence of the city, the Palais Des Beaux-Arts. Another official recognition followed in the same year; Saverys was named professor to the National Higher Institute for the Fine Arts in Antwerp. He remained a professor in Antwerp until his retirement in 1951. The war years were relatively carefree for Saverys. He repeatedly exhibited in Antwerp and Brussels; he ignored Ghent until 1949. 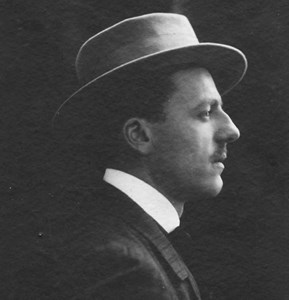 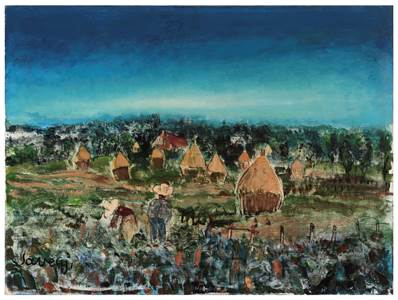 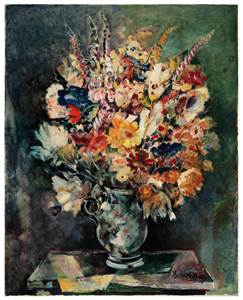 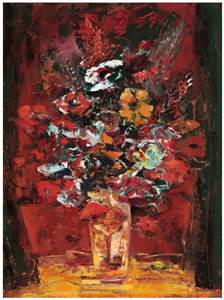