Maurice Sys was born in Kapucijnenham near Ghent as the son of a shoemaker. At the age of thirteen, he attended the local academy, where he was the classmate of among others Hippolyte Daeye, Julius de Praetere and the De Smet brothers. Together with his friends Gustave and Leon De Smet, he debuted in 1904 at the Ghent Arts and Letters Circle. Already then, their classmate the young critic Frédéric De Smet considered them-together with Alfons Dessenis and Frits Van den Berghe-the “revelations that promise our city a brilliant artistic future.” Together with them, he was also present at the creation of the Brussels modernistic association Les Indépéndants. In 1905, Maurice Sys also moved to Sint-Martens-Latem and rented a house on Latemstraat. There he first made contact anew with his friends the brothers De Smet, and Frits Van den Berghe. However, Sys also made friends with leading figures of the so-called first group such as Valerius De Saedeleer, George Minne and Gustave Van de Woestyne. Until 1907, the year of his marriage, Sys lived mainly in Sint-Martens-Latem. Afterwards his restless drifter’s spirit led him along capricious paths through Belgium, France and the Netherlands. He would also spend the First World War mainly on Dutch waters. During the interwar period, he regularly emerged from the shadow to exhibit at notable exhibitions. However, his long-standing friends Gustave De Smet and Frits Van den Berghe-as protagonists of Flemish expressionism-were more in the spotlight. Sys had a long career as painter. After the Second World War, he withdrew to his house on Proveniersterstraat in Ghent. 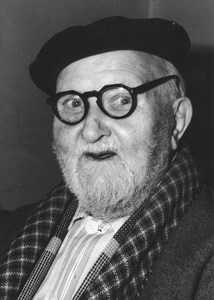 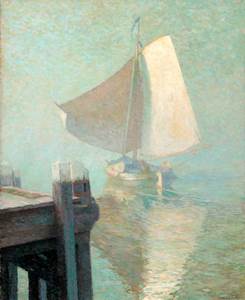 At dawn / Sailing out in the morning mist 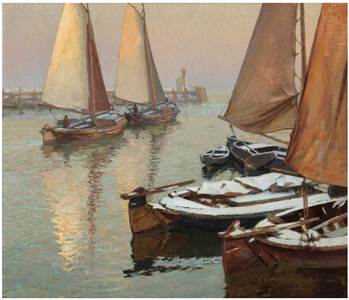 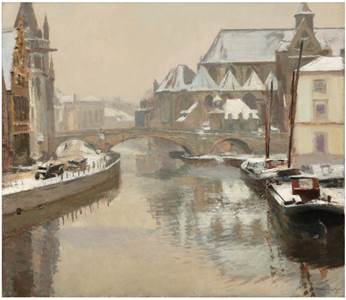