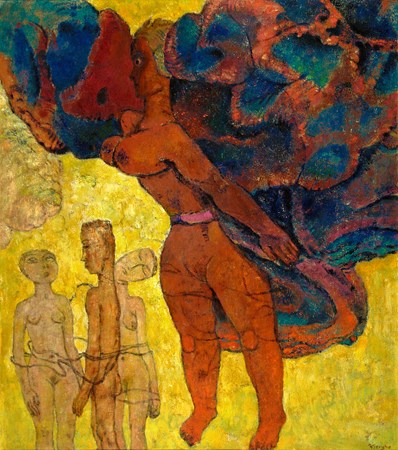 Around 1930 Frits Van den Berghe repeatedly addressed the theme of the angel. The painter took the figure out of its Biblical context and placed it in an unworldly, threatening environment. The cruel angel - from the former collection of the Ghent politician Edward Anseele, a friend of the painter - has retained nothing of his traditionally asexual appearance. The female angel literally outflanks the three mortals in the left corner who seem to be left waiting for their fate. Their lost nudity differs greatly from the almost exhibitionistic angel figure, with her highly pronounced breasts and labia drawn in detail. By emphasizing femininity, the scene acquires a strong alienating character. Typical of Van den Berghe's late work is the clenched imagery in which conflicting emotions touch each other. Human existence is reduced to its essence, with the representation of universal motives such as fear, anger, unrest and alienation. Sometimes man is captured in his solitary solitude, and then, like masterfully in The cruel angel, he comes together in a group, and yet not again; these figures also find no security together. The oppressive atmosphere radiates a fear of death, whereby the Angel of God rather becomes the angel of death, threatening man in his primary existence. The cruel angel thus confronts him with his finiteness that threatens man in his primary existence. In its simplicity, the performance gives a balanced picture of humanity. Naked, lonely and stripped of all worldly wealth, he must suffer his fate. The scene thus appears to be a modern translation of the theme of Judgment Day, which has been much loved since the Middle Ages.
You May Also Like 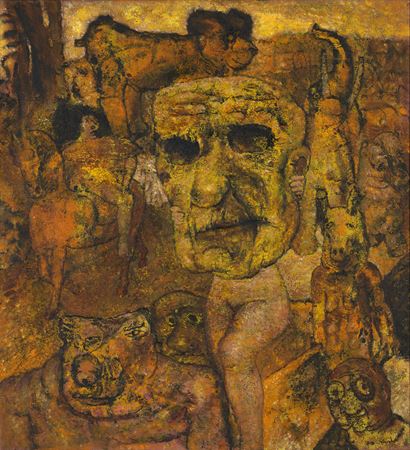 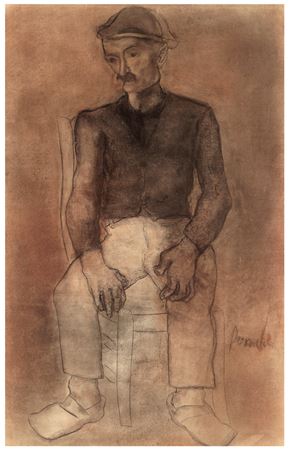 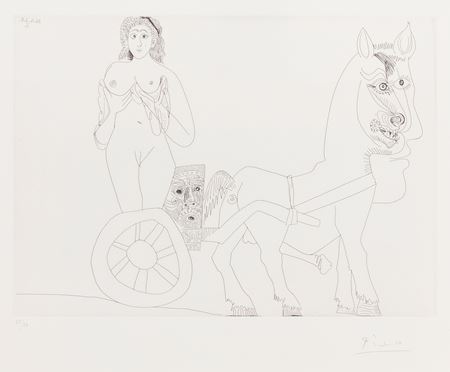 Woman on a Roman chariot harnessed to a centaur (Series 347) 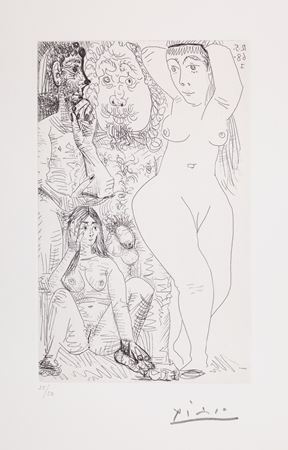