During his education at the Ghent Academy for the Fine Arts, Minne became friends with the symbolist authors Grégoire Le Roy and Maurice Maeterlinck. These young symbolists had an extraordinary influence on the young artist, who at that time had already distanced himself from academicism. Minne made his debut as sculptor at the Ghent exhibition of 1889 and his participation was vehemently opposed by the press and the public. His progressive form language found an audience only at the exhibitions of the Brussels avant-garde circle, Les XX. He was present at these exhibitions from 1890 to 1893. Minne became acquainted with the Brussels art milieu, where he became friends with Emile Verhaeren. He also caught the eye of the French symbolists already early in his career. In 1892, Sâr Péladan invited the artist to his famous Salon de la Rose-Croix. In Ghent, he tried to form a front against a conservative public. As member of the association Wij willen, he confronted the local Cercle Artistique et Littéraire, which followed a conservative path. His native city indeed was not especially well disposed to him. In 1895, his entry for the Ghent exhibition was even rejected. Despair led him back to Brussels, where in 1895 he registered for the sculpture class given by the Académie Royale des Beaux-Arts. Instructor Charles Van der Stappen supported his pupil and found him an atelier. Via Verhaeren he also came into contact with Henry van de Velde, at that moment one of the protagonists of Belgian Art Nouveau. And Van de Velde’s international contacts led Minne to the influential German critic and collector Julius Meier-Graefe, who would confer European fame on the modernism of Minne. Around the turn of the century, Minne exhibited in avant-garde milieus in Germany and Austria. He was worshiped at the Viennese Secession; Ver Sacrum, the periodical publication of the association, even dedicated an entire number to his work. He also enjoyed wide fame in France and exhibited among others at the Galerie Durand-Ruel and the Galerie L’Art Nouveau of Siegfried Bing. In the summer of 1899, Minne went to Sint-Martens-Latem, probably on the advice of his friend Valerius De Saedeleer, who he knew from his academy years in Ghent. Together with Karel van de Woestijne, he would become the intellectual leader of the so-called first Latem group. Minne was the only member of this circle of symbolist artists who remained faithful to the village throughout his entire life, with the exception of the war period. Minne experienced his Welsh years as oppressive. The continuous uncertainty concerning the fate of his sons at the front paralysed Minne and his wife. He did take part frequently in the group exhibitions organised by the Belgian government throughout all of Great Britain. Like his friends De Saedeleer and Van de Woestyne, he could also count on the support of the De Graaff-Bachiene family, a Dutch couple living in London who owned works by Belgian artists in exile. In the period between the wars, the sculptor enjoyed great fame on the Belgian and international art scene. Numerous exhibitions were dedicated to his work. And in 1931 he was elevated to nobility. 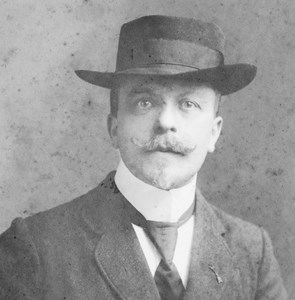 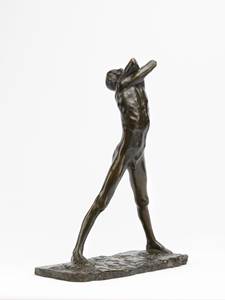 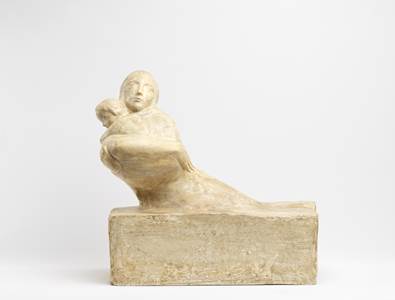 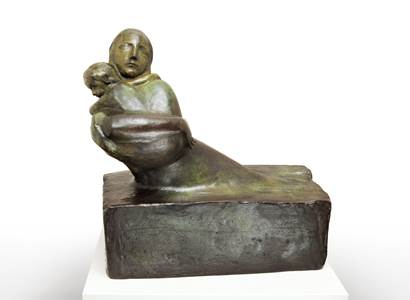 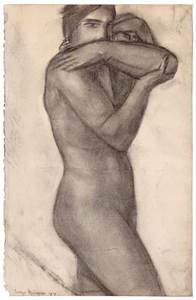